The story of Mustang Jeans Brand

Mustang brand is one of the most popular brands worldwide and the largest manufacturer of custom jeans. Mustang brand clothing has a total look strategy and also produces denim and leather jackets, skirts and dresses, pullovers, underwear, shoes, accessories and perfumes. Mustangs are preferred and worn by many celebrities such as John Bon Jovi, Scorpions and Bjork.

The history of the mustang fashion began in 1932, when Louis Herman founded a factory to produce uniforms for workers. However, post-war Germany was in ruins and no one was interested in the development of the textile industry. The new life of the brand began in 1949, when the new owner of the mustang jeans company Albert Zefranek decided to start production of jeans. This decision was revolutionary, because by that time the denim industry was the patrimony of Americans. The first jeans sewn by Mustang jeans USA were an image of original custom jeans made in the USA. The next step taken by Mr. Zefranek was to improve the product range. In 1953, he introduced the first model of jeans created specifically for women, and in 1955 he experimented with velvet jeans. 1958 is the year when the name of the new brand – Mustang. Since then, jeans in Germany are made from quality American denim.

In 1961 mustang true denim established, Albert Zefranek was the first to create elastic jeans. And he was in the right place at the right time, because in the late 60’s the era of jeans began. Mustang denim have become a symbol of a new generation and a new way of life. Mustang brand advertising campaigns showcase half-naked beauties in response to the triumphant march of the sexual revolution.

By 1980, Mustang jeans could already compete with American brands Levi’s and Wrangler in the domestic market. In addition, one quarter of the production is now exported to Austria, Switzerland, Holland, France and Scandinavia. The brand’s collection was divided into three themes: “Fashion”, “Fundamentals” and “Modern Classics”. The yuppies of the 80s brought velvet jeans out of fashion, making a significant blow to the company, a substantial part of which was focused on velvet production. However, this occasion helps Albert Zefranek to focus on classic models of jeans to order. Begins to collaborate with Italian designers. And famous couturiers are beginning to show interest in custom denim.

In 1990, Albert Zefranek’s son, Heiner, became the owner of the Mustang. He inherits his father’s helm and makes the trademark even more successful worldwide. Today, jeans mustang is an international brand that produces 20,000 pairs of jeans a day and combines classics with the most innovative fashion ideas. Mustang produces denim clothing for those who want to express their lifestyle and emotions in their image. The slogan of the campaign “True style will never die” speaks for itself.

Take a look at the perfect beauty and extraordinary simplicity of  mustang clothing brand. Stylish design along with high comfort means maintaining better prestige. Both women’s and men’s jeans of this American brand are made and produced with many details and sometimes ergonomically according to the foot’s physics.

Mustang shoes origin is 100% USA. With the slogan “The best thing you can do is yourself”, the Mustang brand has become a famous manufacturer all over the world by making shoes easier. Shoes from these American brands offer a liberating comfort that is both stylish and well-protected. By producing different types of men’s and women’s shoes, Mustang has set its goals on people’s needs. Be with Renault bags and shoes. 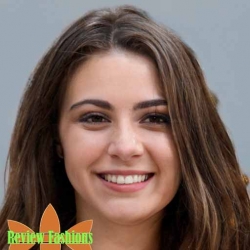 How to find best hairstyle for my face female